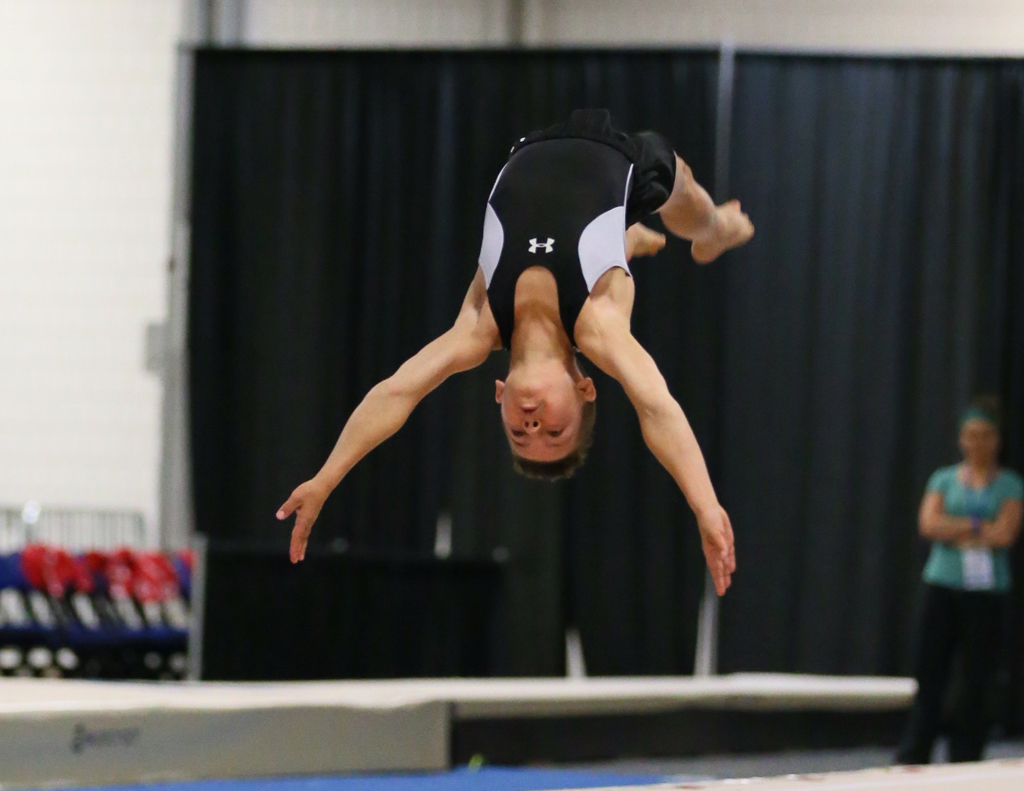 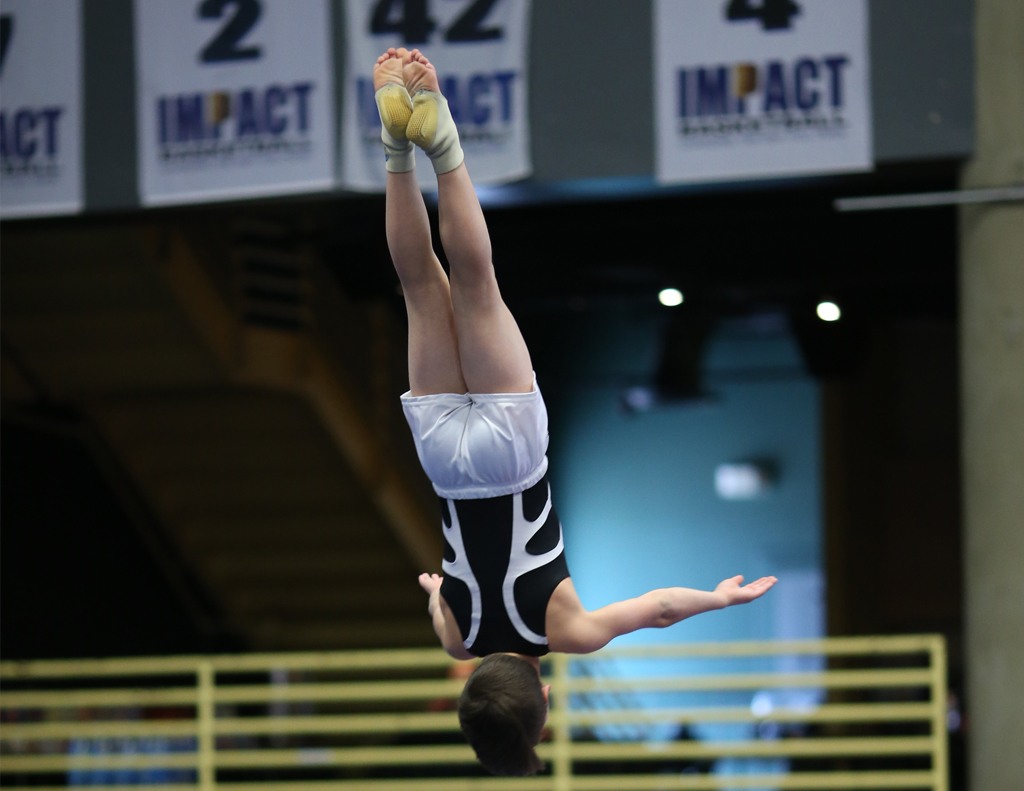 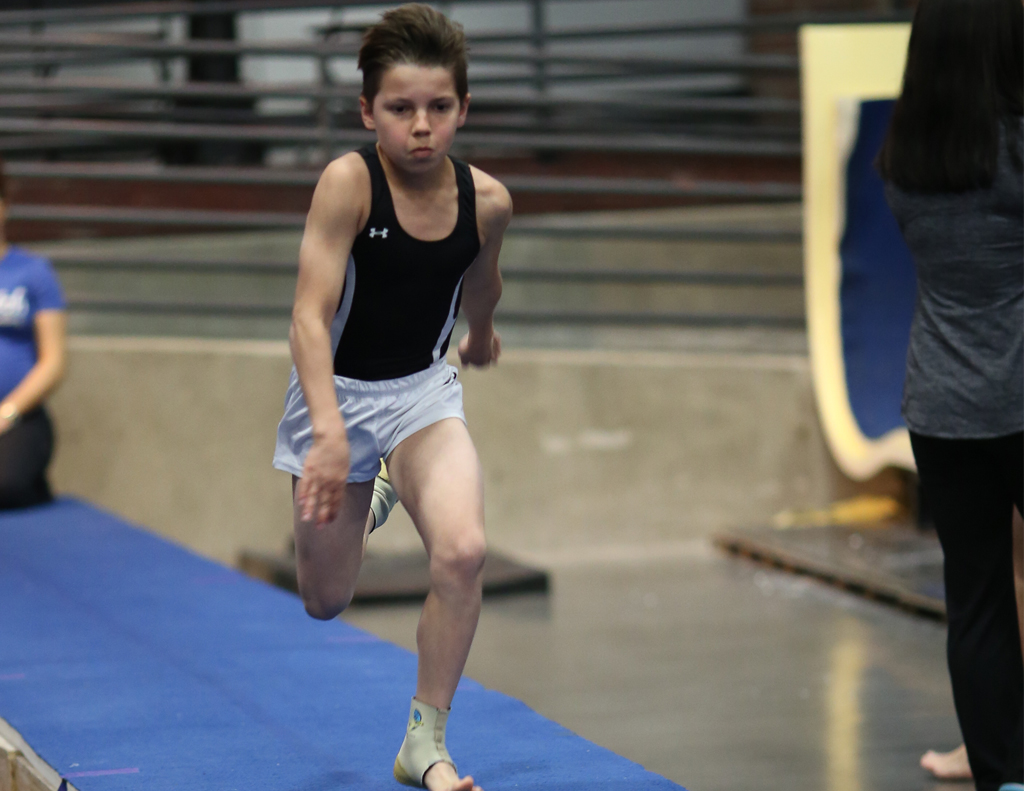 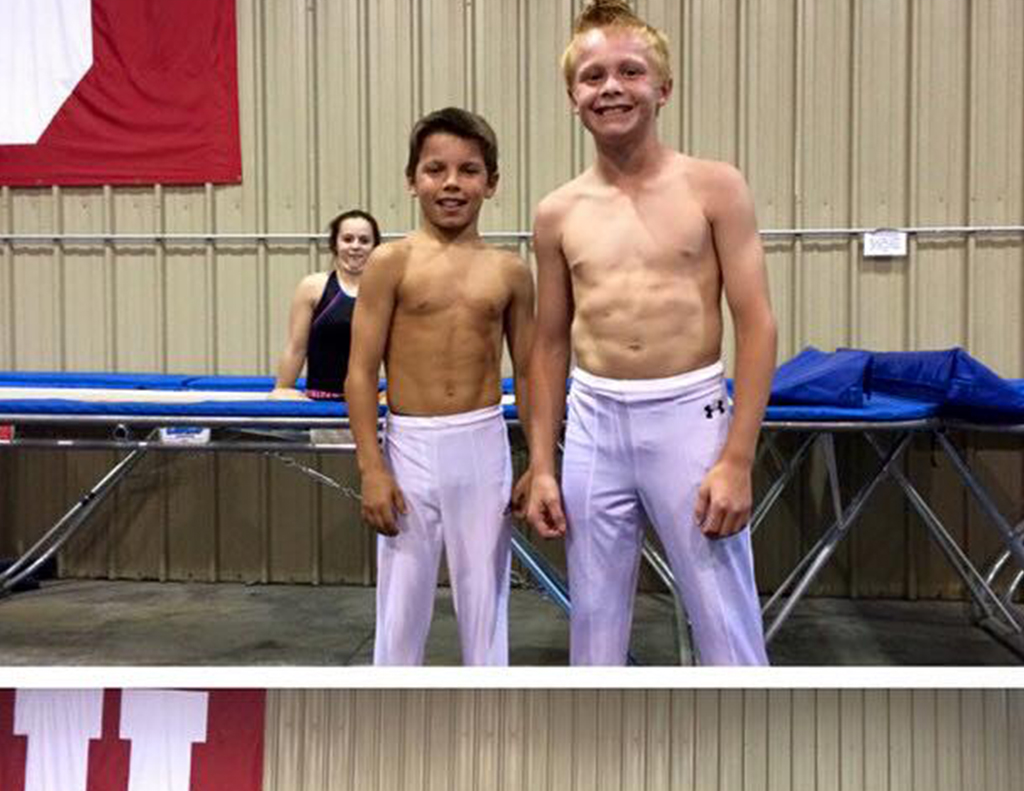 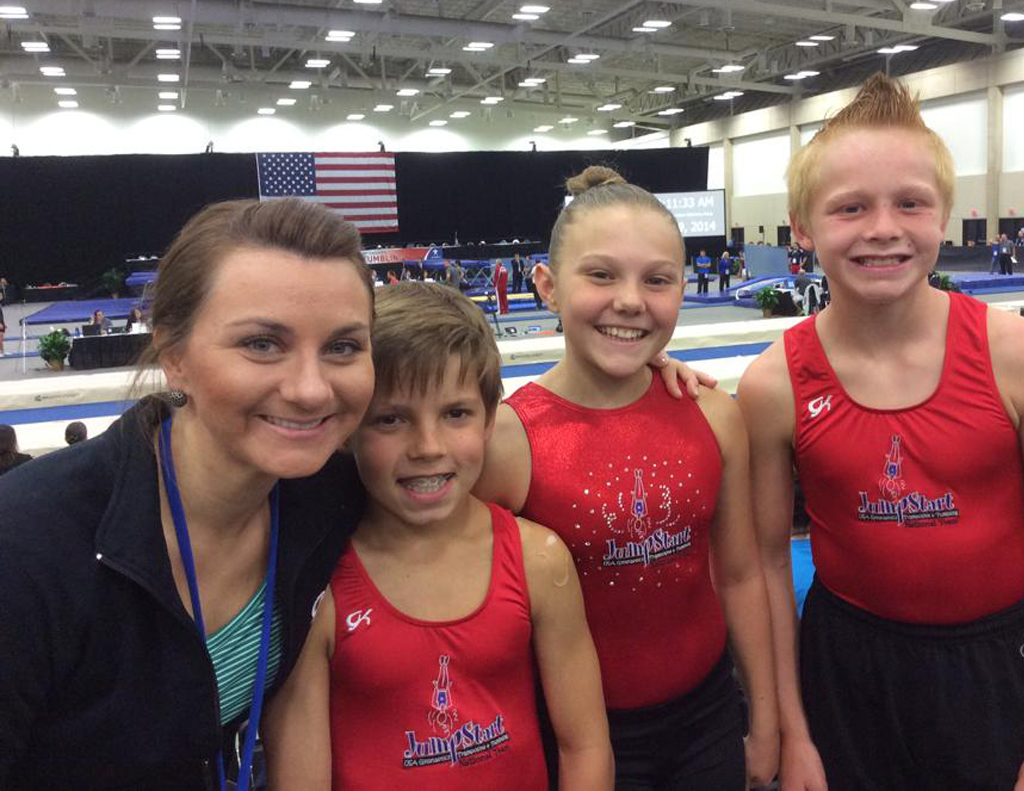 At age thirteen, Zeke Dayton is already a two-time national tumbling champion (Level 9 in 2014; Level 10 in 2015).  While he is also competitive on Double Mini and Trampoline, his focus is power tumbling, where he is currently competing as a Youth Elite.  Zeke was named to the 2014 and 2015 USA Gymnastics Elite Development Teams and has had several training invitations to the Karolyi Ranch, the USA Gymnastics National Team Training Center and an Olympic Training Facility, outside of Houston, Texas.  Zeke began his gymnastics career almost four years ago after his mom caught him somersaulting off a neighbor’s roof onto their trampoline.  In addition to being a dedicated athlete, Zeke is a high honor roll student at Salt Lake Arts Academy.  Family rules dictate that he also play an instrument.  He chose the violin at age four and now regrets it, although he is a member of the advanced orchestra at school and is a member of the Salt Lake Youth Chamber Orchestra.  When not at school or gymnastics, Zeke can often be found at the skate park doing crazy tricks on his scooter or researching electronic gadgets.  He dreams of attending the United States Air Force Academy one day. 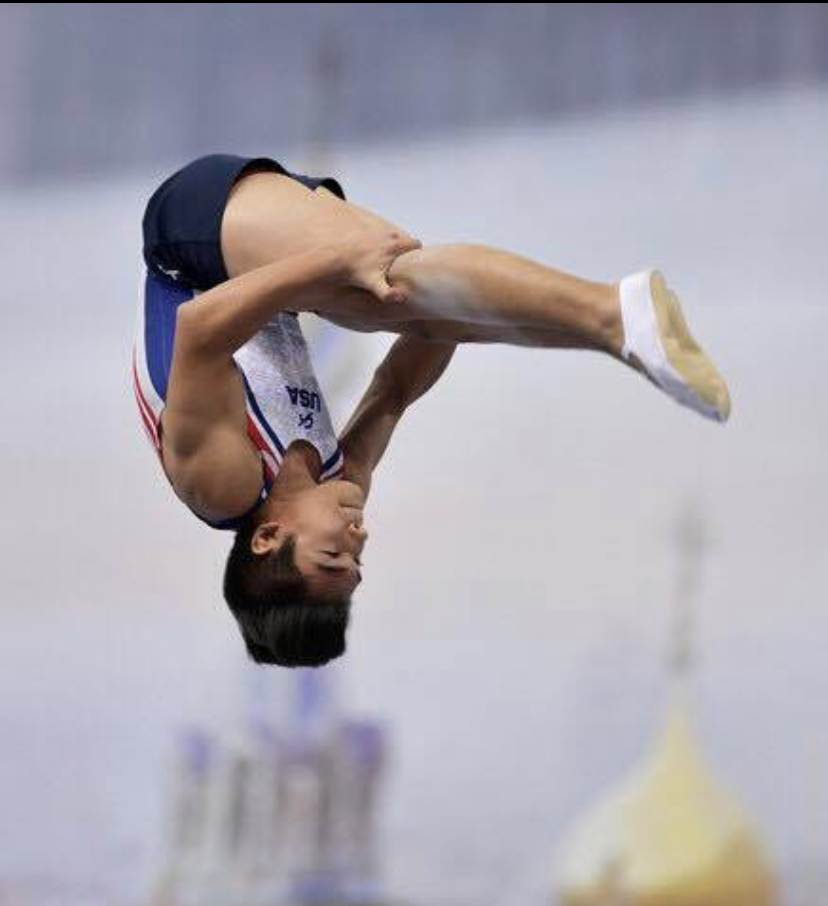 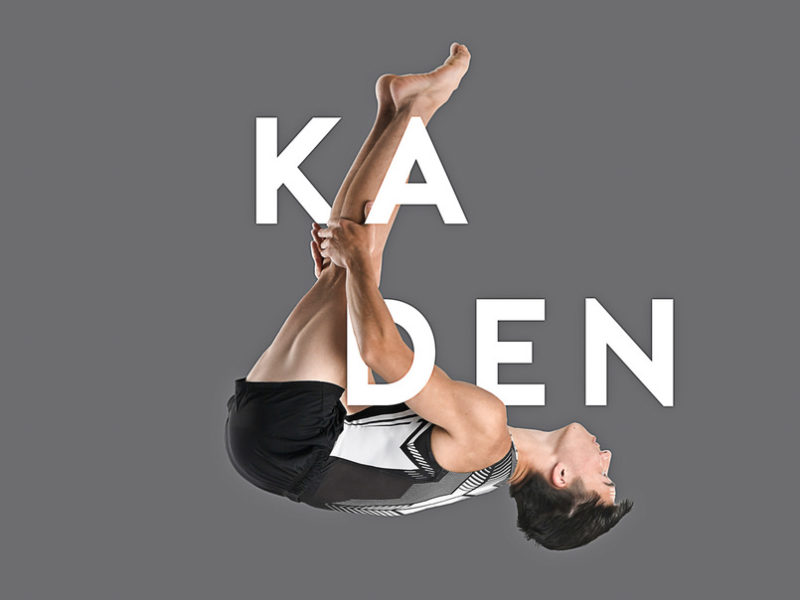